“Many of the fields in GoFormz are mapped to a Salesforce case. So when GoFormz syncs back into Salesforce all of this is automatically imported and used to update that case. It has really helped us significantly, especially since we are growing so fast and needed something scalable.”
– Gordon Doleschall, Operations Director, ChartWorld

ChartWorld uses GoFormz to digitize their service reports and commission checklists. Leveraging the GoFormz and Salesforce integration, ChartWorld can now dispatch digital forms to engineers in the field, who can then enter the appropriate data, capture a signature, and submit their report. Data from these reports is then used to instantly update corresponding Salesforce cases with data mapping to each field and a PDF copy of the form – eliminating the need for manual form delivery, rekeying, and scanning.

ChartWorld delivers expert services and leading digital-navigation products to commercial shipping operations across the globe, with locations in Limassol, Hamburg, Singapore, Tokyo and Vancouver. Since 1999, ChartWorld has delivered state-of-the-art technology to their customers, ensuring their vessels operate efficiently and safely.

ChartWorld, the world’s largest specialist digital-navigation provider, needed a way to alleviate the significant administrative burdens resulting from paper-based data capture. “We supply digital navigation systems to ships,” explained Gordon Doleschall, ChartWorld’s Operations Director. “We send our engineers onboard and they install our eGlobe equipment, test if all works and explain to and train the crew.” While onboard, the ChartWorld engineer must capture a variety of service information, as well as critical details required for invoicing and the completion of training certifications.

“We did everything manually. Before GoFormz, engineers would need to fill out service reports and exit documents, which needed to be signed by the customer and by the captain on board,” recalled Gordon. “We had a lot of documents flying around and they all had to be manually uploaded into Salesforce and all the information we captured had to be entered manually.” To complete this process, the engineer would need to bring a laptop onboard the vessel, print their paperwork, fill out their report and collect a signature from the ship Captain. This report then needed to be hand-delivered to the office, which could take days if an engineer was travelling from a distant site or had to go to another service attendance. This made invoicing complicated and time-consuming. “We used to wait about a day if engineers had to travel back or they might have another attendance right after and they didn't come back immediately, so we would wait days for these documents to come. And in order to invoice the customer, we needed this information.”

ChartWorld’s invoicing process required information gathered within the engineers’ service reports. “How long did they spend onboard? Do we need to charge extra waiting time? Were there any problems? Have they used any spare parts which need to be invoiced?” Gordon detailed. ChartWorld needed this information as quickly as possible to begin the invoicing process, but with paper forms, little could be done to accelerate this process.

ChartWorld’s need for a more efficient, automated process became all the more clear as their business grew. “We were growing quite significantly and we had a lot of data that needed to be input into the system,” Gordon explained. “We were looking for a way to automate this and make our lives much easier. And then we came across GoFormz.” 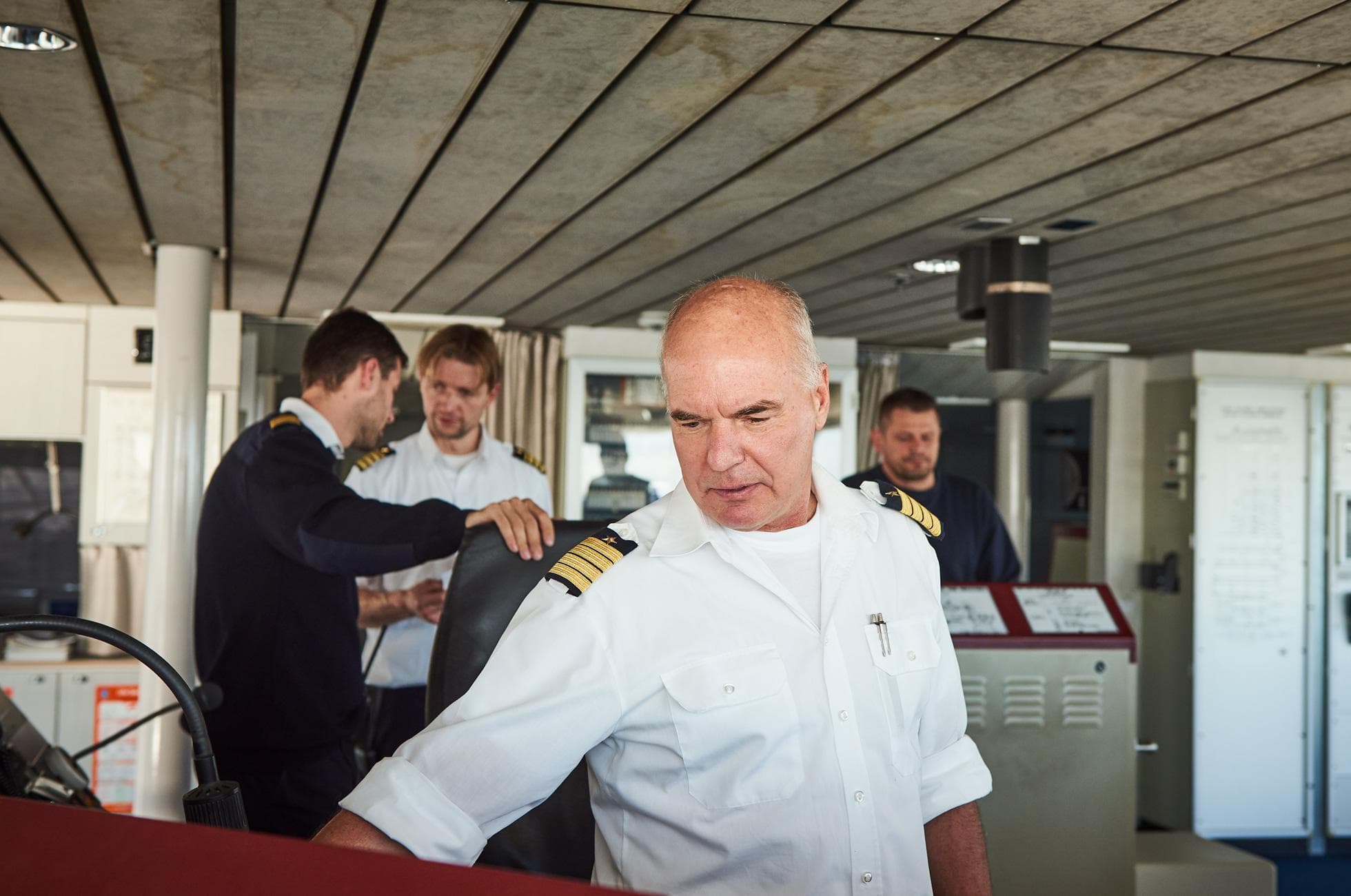 ChartWorld began their GoFormz onboarding process by placing an engineer onboard a vessel armed with their newly digitized service forms. “We [selected] one of our engineers and we let him try it live, onboard. He would try out each of the fields using his tablet, and we would fix any problems [that he noticed],” Gordon explained of the initial onboarding process. “We then started rolling it out to all of our engineers.”

ChartWorld’s operation relies heavily upon Salesforce, which they were quick to integrate with GoFormz. With the GoFormz and Salesforce integration, ChartWorld coordinators can now dispatch case-specific forms to engineers in the field, ensuring they have the right document for the job. “Once we know who goes onboard and when, it’s just a click of a button in Salesforce and [the engineer] has the forms ready on their app,” Gordon explained. “The engineer [then] fills them out onboard and presses “complete” as soon as the customer has signed, and then we get these documents back immediately.”

This process has greatly reduced redundancies within ChartWorld’s data collection. “A lot of the fields inside each form are mapped to a Salesforce case. So when GoFormz syncs back into Salesforce, all of this data is automatically imported and used to update the case in Salesforce,” Gordon explained. “It really has helped us significantly, especially since we are growing so fast. We needed something scalable.”

“We do virtually everything in Salesforce and GoFormz is definitely now one of the top apps we use.”

This process resulted in transformative benefits for ChartWorld’s team. “GoFormz has resulted in significant time savings,” Gordon emphasized. “It’s not just that we don’t have to scan these documents anymore, but we also avoid printing a lot of paper and are no longer waiting for the engineers to travel back and upload documents to Salesforce.” This automation has also resulted in improved data quality. “The number of errors and forgotten form fields is virtually zero.”

“The number of errors and forgotten form fields is virtually zero.”

With faster access to service data, ChartWorld has also accelerated their invoicing process. “On the invoicing side, we are so much faster now, because as soon as they press “complete” the documents are automatically in Salesforce within moments. We also get an email notification that a certain case has been completed, and we can take immediate action. It’s really powerful, we’re really happy.”

GoFormz has also improved ChartWorld’s business agility, allowing them to proactively contact customers when software issues are identified on another vessel. “We can be proactive, for example, if we know that we encountered a problem on a vessel for a certain kind of GPS, we can then run reports and identify other vessels that have the same kind of GPS, who we can then contact and let them know there is a potential problem.”

“It really has helped us significantly, especially since we are growing so fast. We needed something scalable.”

ChartWorld now plans to digitize their customer feedback forms to improve visibility into customer needs. ChartWorld also has plans to provide warehouse personnel with ‘picking list’ forms, allowing warehouse staff to easily identify and note the selection of specific equipment and items, within a digital form.