“The time that we’ve saved and gained by using GoFormz, it’s amazing.... it must be thousands of hours I’ve saved.”
– Vicki McKinnon, Operations Assistant, Mangan Logging

Mangan Logging needed a digital solution to alleviate the paperwork burden for drivers and field teams. Forms often needed to be hand-delivered to the back-office, delaying work and equipment repairs.

Mangan Logging is a family owned and operated forestry services business, with over fifty years of experience harvesting and transporting timber in Australia. Mangan Logging strives to provide “superior quality, performance and professionalism” while prioritizing project productivity and safety.

Mangan Logging harvests and hauls timber to a variety of different mills and factories throughout Australia. With over eighty staff members distributed across logging sites, transport vehicles, and administration facilities, relying on paper forms to collect and deliver information was a frustrating burden. “We were a very paper based company and we wanted to go paperless,” recalled Vicki McKinnon, an Operations Assistant at Mangan Logging. With paper forms, drivers were burdened by large amounts of cumbersome paperwork, while they hauled timber from the logging site to a factory or mill. Physical forms also took far too long to be delivered from job sites to the back-office. “It could take up to a week to receive documents – and we needed them yesterday.”

While searching for a paperless solution, a colleague recommended GoFormz and Vicki began Mangan Logging’s digital onboarding. Beginning with their timesheets and Mass Load sheet, Vicki onboarded Mangan Logging’s personnel in waves, gauging their digital adoption and carefully monitoring each team’s feedback. She quickly received positive feedback, with staff members requesting new features to streamline their data input. “Once it was uploaded they adopted it really well,” Vicki explained. “They gave great feedback about what they wanted in their forms, to make things even easier for them.”

Vicki found creating and modifying Mangan Logging’s forms in the GoFormz Template Editor to be equally painless. “It was so easy to add the [fields] that you needed… and it was so easy to go in and change a form, so that it would be better for the [end] user.” 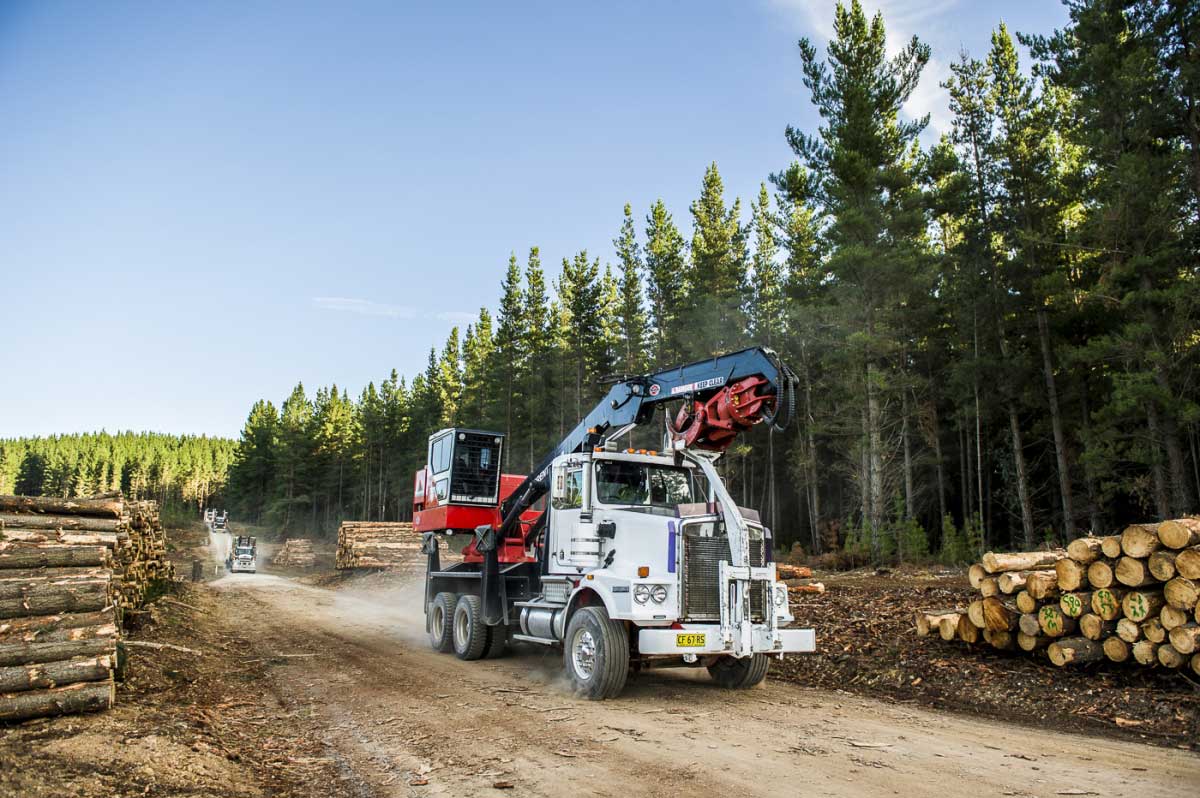 Mangan Logging next digitized their Service Sheets, a critical document responsible for detailing equipment usage and maintenance needs. Due to the nature of their work, Mangan Logging maintains a large number of vehicles and logging equipment – everything from heavy vehicles and trailers, to “loaders, harvesters, forwarders, skidders”. Mangan Logging has a dedicated Service Sheet for each of their machines, ensuring each form captures data specific to each piece of equipment. “If one of our guys goes out on site to do a service on a harvester, a mechanic will go out and open the Harvester Service Sheet within GoFormz,” Vicki explained. “They will then complete each item within a checklist to ensure certain tasks have been completed.” These tasks include checking the oil filter, checking tracks on the machine, and replacing the oil.

If there is an issue with the equipment, the Service Sheet hosts Image fields, allowing mechanics to easily capture images of the equipment’s problems directly within the form. Once the mechanic has added their Signature and hit ‘Complete’, the digital Service Sheet is instantly routed to their manager, as well as a workshop assistant who can then prepare for the necessary repairs and servicing immediately. Before GoFormz, Service Sheets and equipment images were often not delivered until the next day – a serious problem if equipment needed immediate servicing. “With GoFormz, they instantly get forms now, so if something happens and that machine needs to be decommissioned or not used, that can be done instantly.”

With Mangan Logging teams often working in remote areas without cell phone reception, forms are often completed offline. If a Service Sheet is completed offline, the form and its data are routed to back-office and workshop teams as soon as the user reaches a signal.

“It’s so much easier for them, especially when they complete a form while they are servicing a machine on-site, and then it just gets sent back to [the office] directly.” 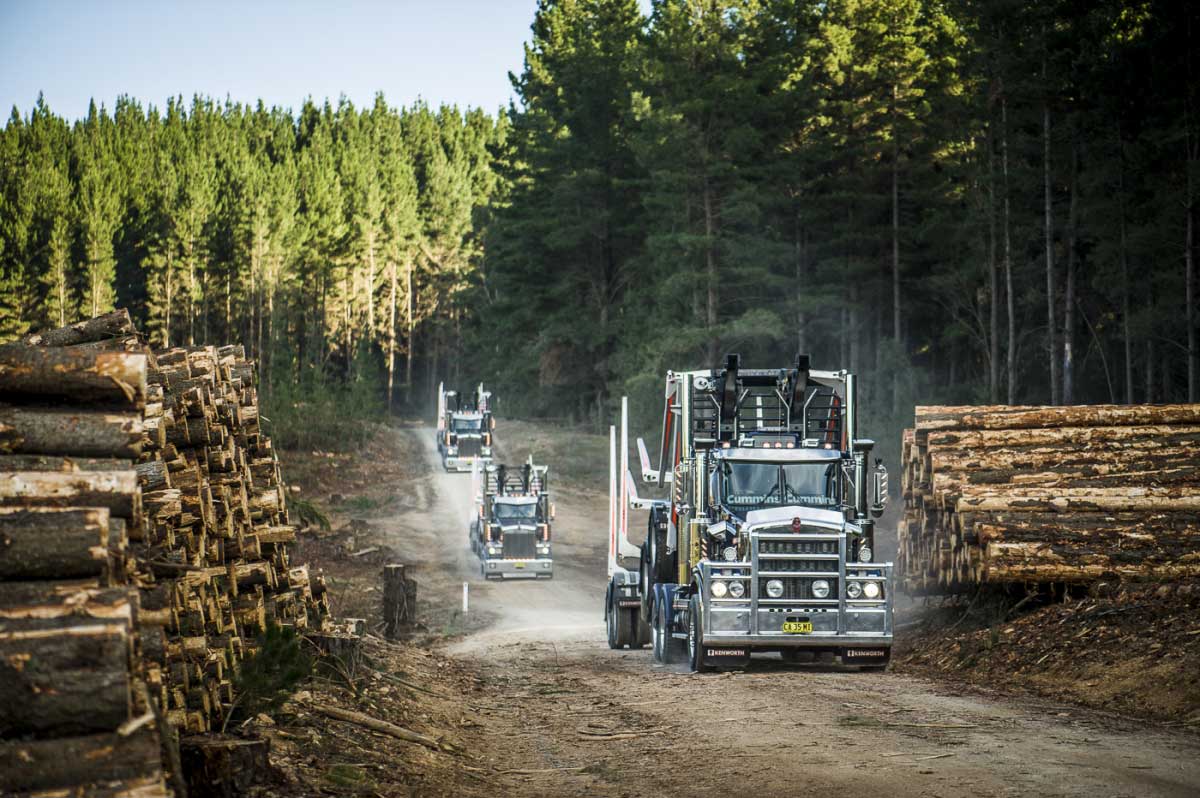 No longer waiting on paper forms to be delivered from hauls or logging sites means that work can be completed more efficiently, and without burdening drivers with vast amounts of physical paper. “The time that we’ve saved and gained by using GoFormz, it’s amazing,” Vicki emphasized. “I wouldn’t even know how much time it has saved.... It would be thousands of hours I’ve saved.”

Adding to these savings, Mangan Logging no longer requires vast amounts of paper supplies, nor a dedicated position for maintaining documents and record-keeping. “We’ve cut down on stationery costs, like paper. That’s been a big savings,” explained Vicki. “We’ve been able to [eliminate] an entire position. Before GoFormz, our people were constantly going through, sorting, or chasing down paperwork. We’ve been able to utilize their time elsewhere, doing other jobs within the organization. So it’s saved us a lot on staffing costs and so forth, because that person has now picked up additional tasks, and productivity has improved.”

“Before GoFormz, our people were constantly going through, sorting, or chasing down paperwork. We’ve been able to utilize their time elsewhere, doing other jobs within the organization.”

“I would definitely recommend GoFormz to anyone,” Vicki concluded. “A few of our contractors have set up their own accounts with GoFormz because they loved our system so much.”